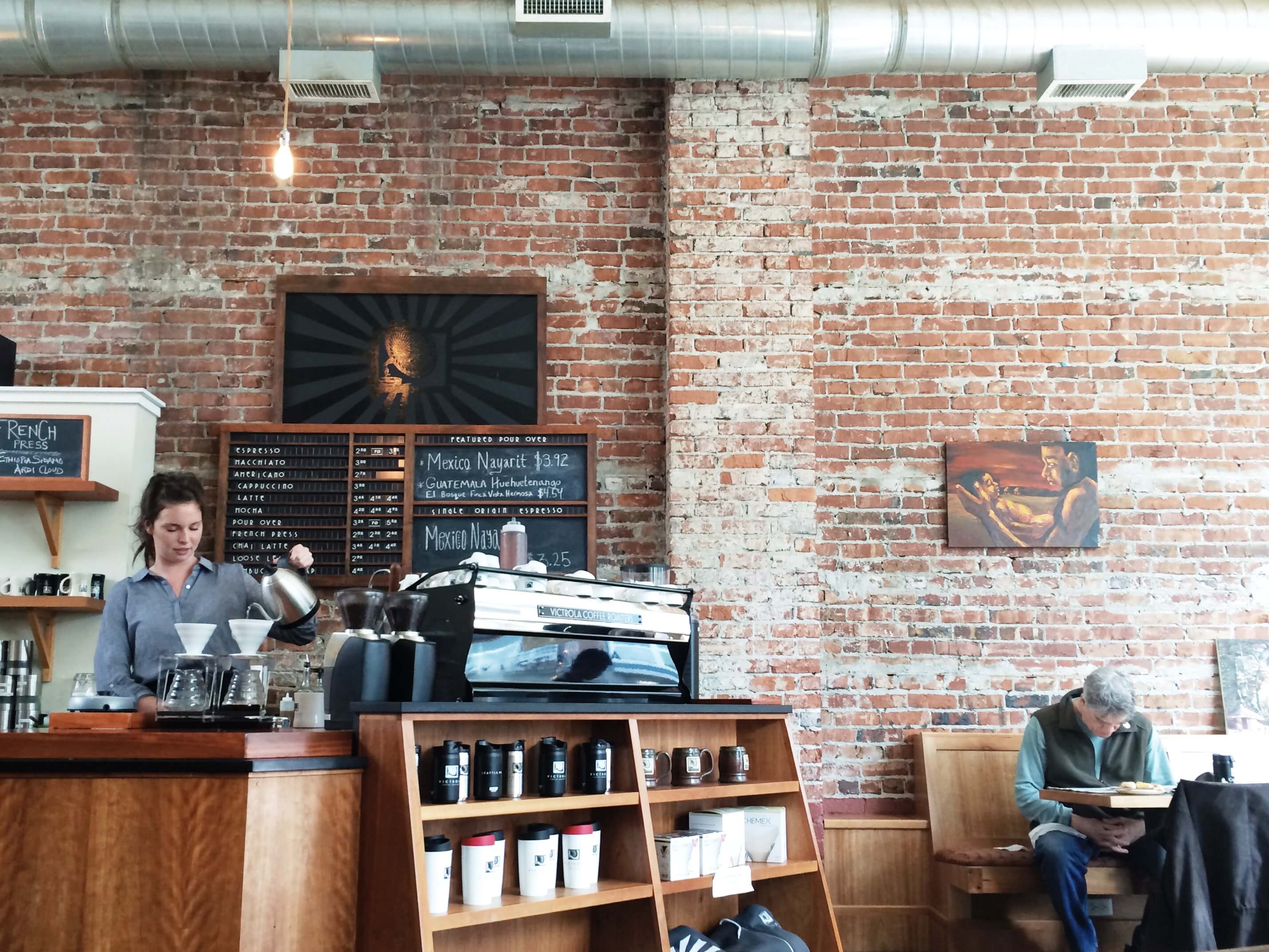 This is Part 2 of my #seapdxsfo vacation, dedicated to the coffee & food of Seattle. You can read Part 1 here.

I’ve been to Seattle about six years ago and at the time, was not hugely into coffee. I loved it, but I ordered lattes, not espressos, when I visited the coffee shops. When you coffee crawl on your own, you do not order lattes, let me tell you that much. You order espressos for two reasons: 1) Less caffeine than black coffee. Espresso affects me differently than brewed coffee. 2) Small volume. If terrible, you can force drink the 2 oz and not feel pain. Order a 12 oz brewed coffee? You feel less guilty only after having drunk half of the mug.

This was steps away from the convention center and also happened to be my first experience with Seattle coffee many years ago. The space hadn’t changed much and the convention attendees were easily spotted. In a way, it was entertaining. But also a little sad, given the full-on visual and verbal critique I was observing. Every action of the shot being analyzed, the roaster stared at. Me? I happily ate a macaron and sipped on coffee while I ran into an old friend.[/full_width] 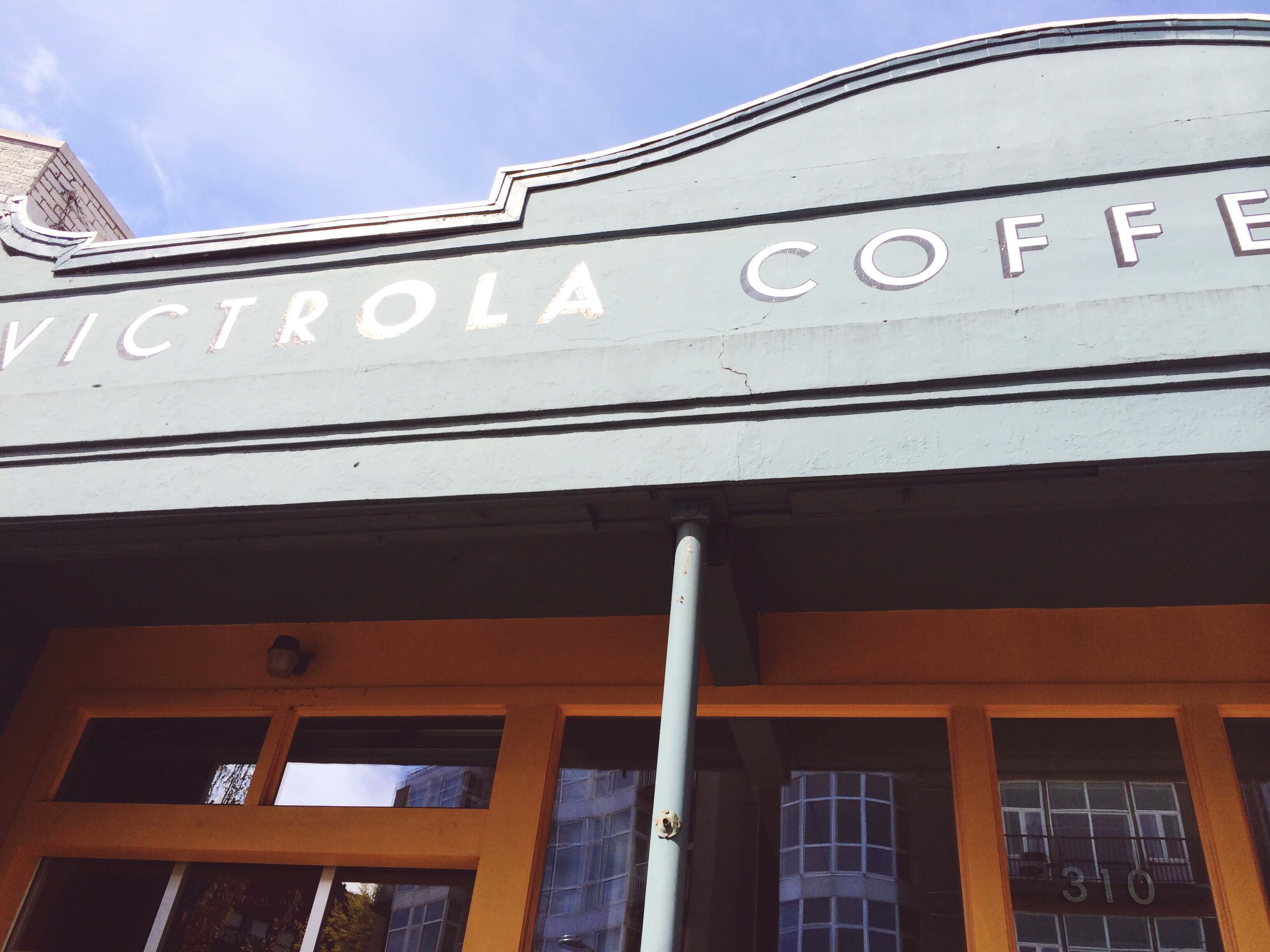 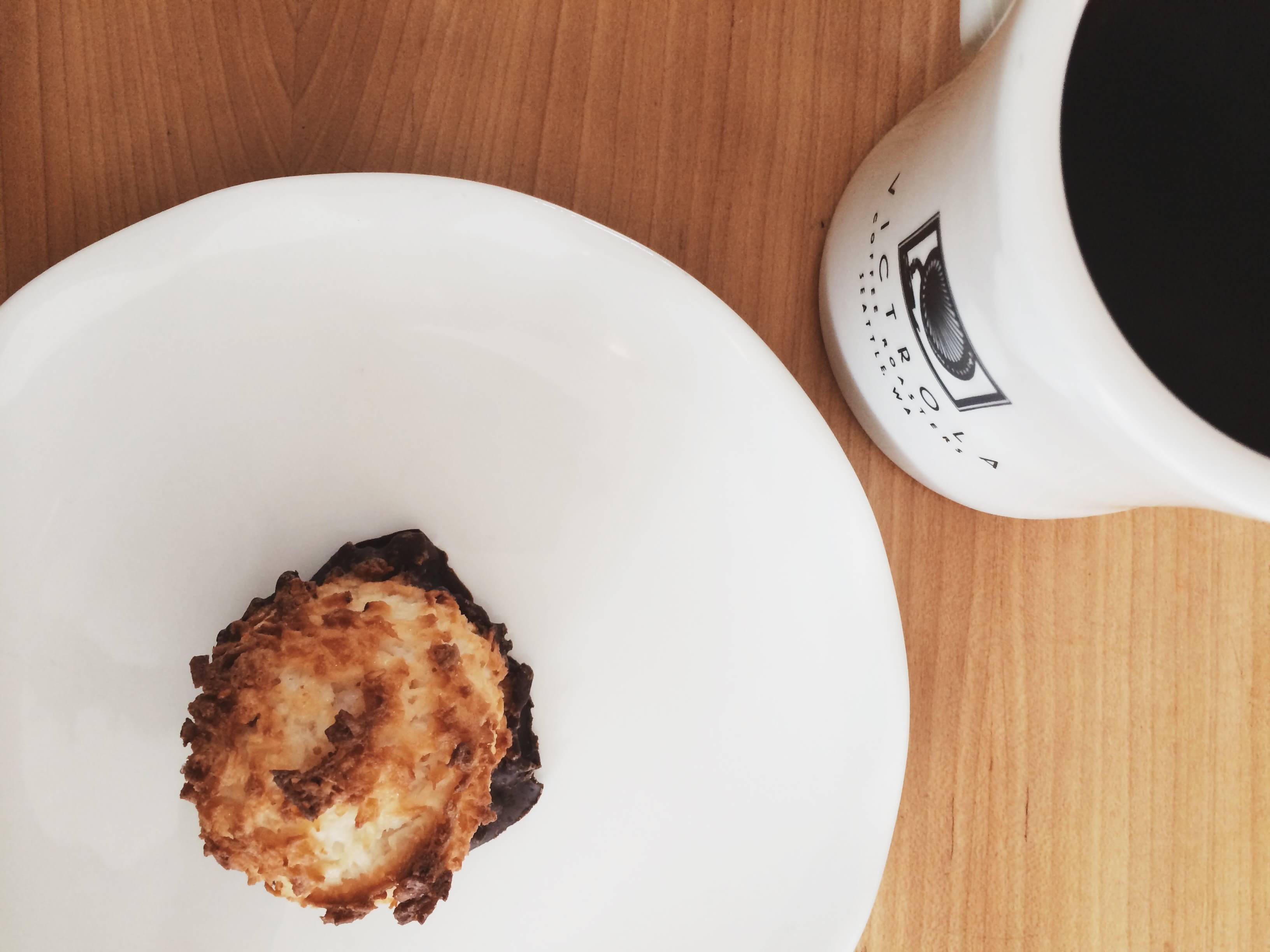 There were a few places already on my list and Slate Coffee Roasters was at the top. I follow enough coffee people in Seattle that I knew exactly what to order. Slate was smaller than I expected, but the service was friendly. We were given a small menu and told to seat ourselves. Three wine glasses and a chocolate-dipped candied orange slice later, my new friend and I were chatted up by a regular. The other thing I didn’t expect of Slate was its location- in the neighborhood and a decent distance away from city center, but a beautiful experience nonethless and worth the travel. 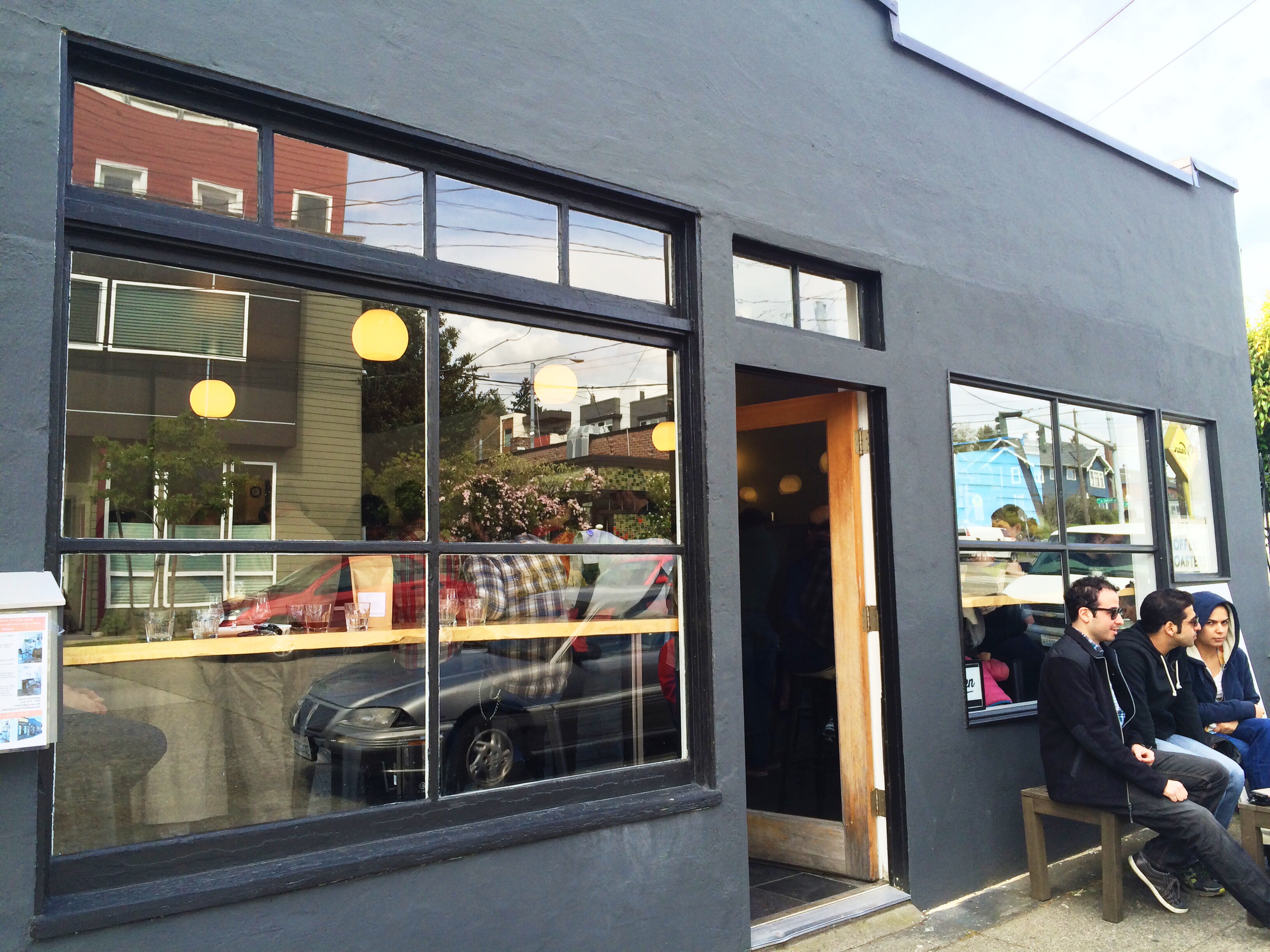 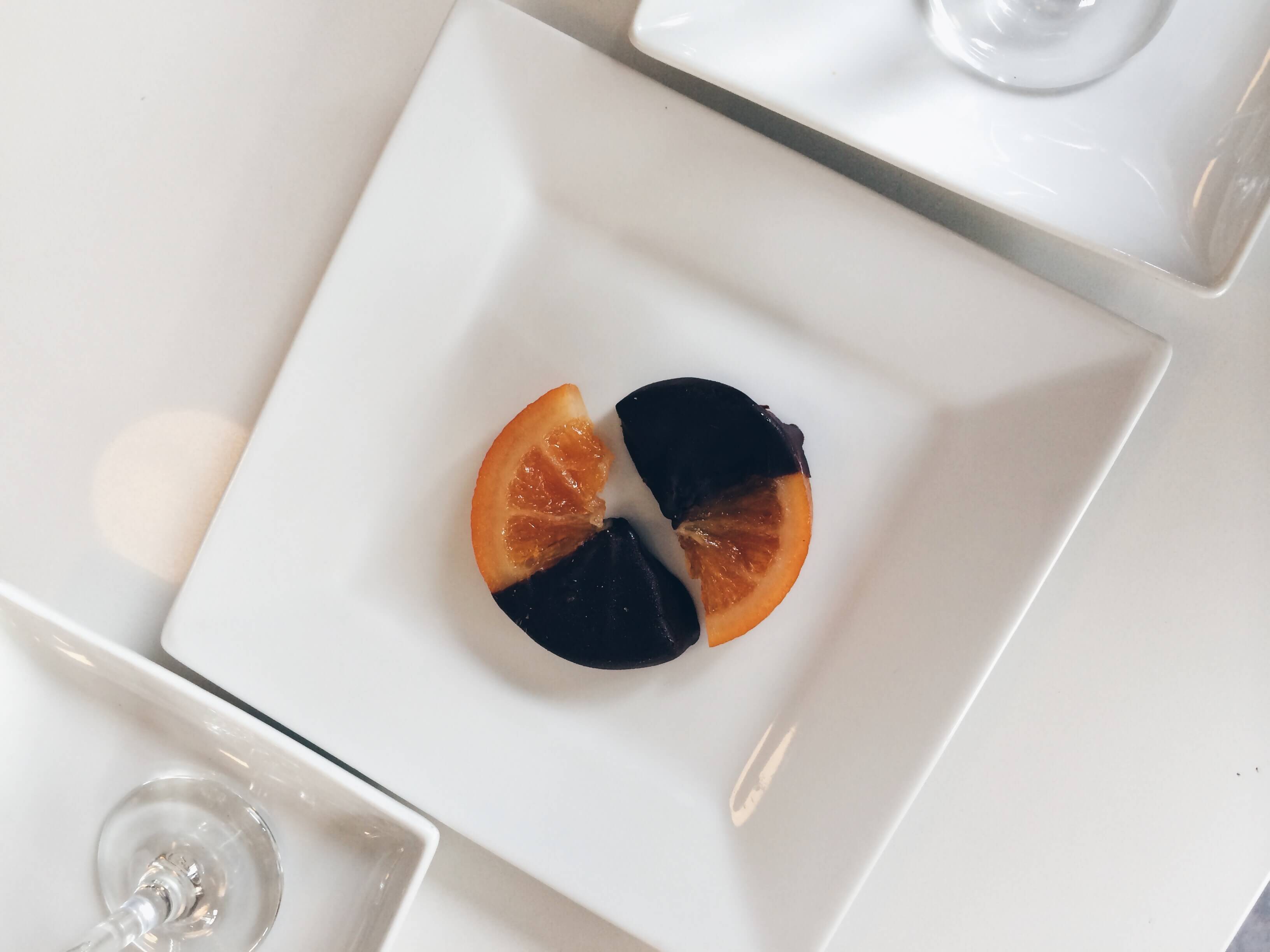 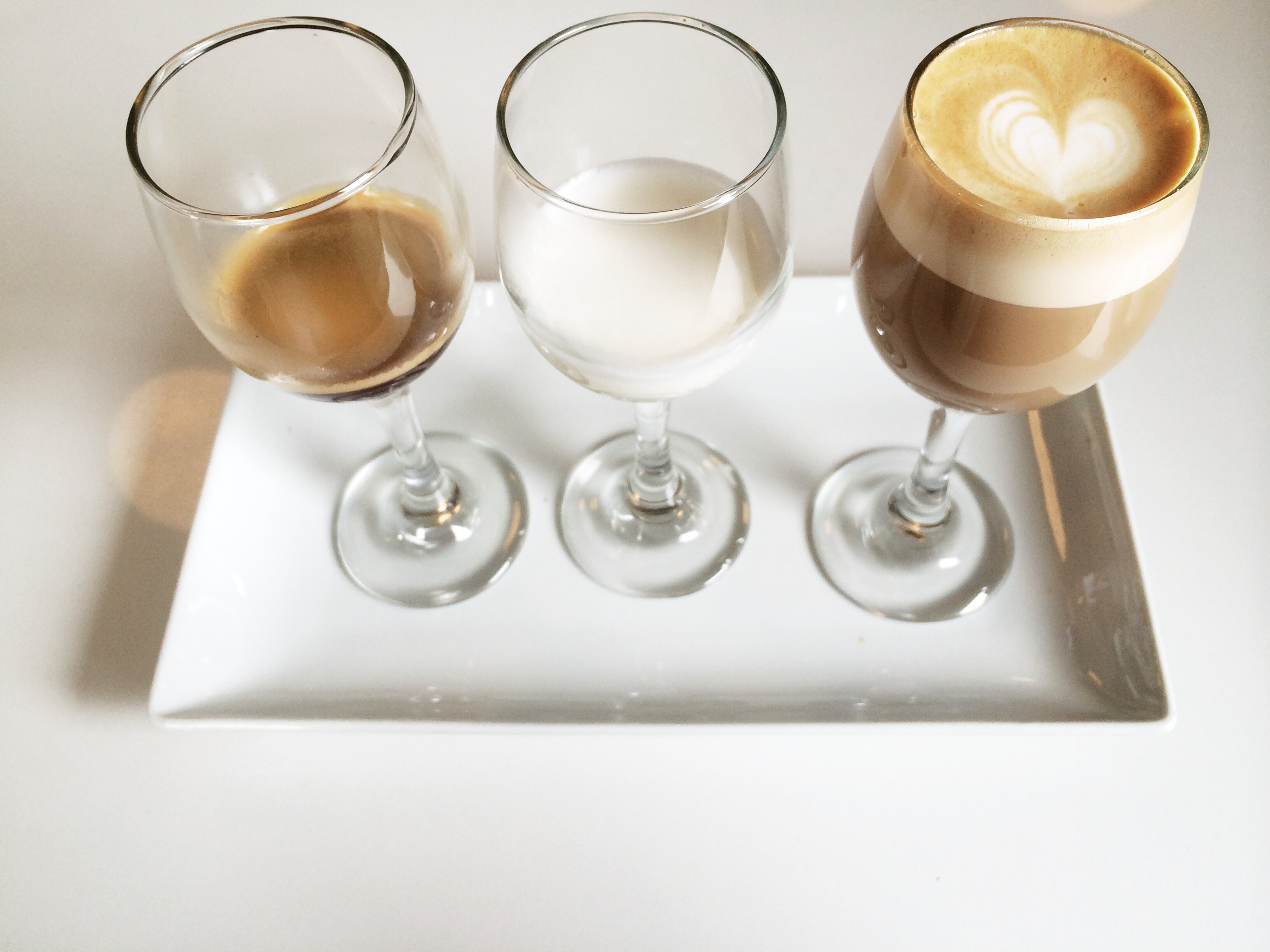 Next- Caffe Ladro. There were many locations here, yet I visited the one that was only one block away from Expo, because you know, convenience. Early one morning, before a lecture, I set up a time to meet up with @maxwellamooney, sent an invite to @ddavidn the night before, and ran into @mchodsen the morning of – I love the power of social media! The space was in the first floor of a condo building and was breathtaking in architecture. These slanted windows gave so much great light into the space and I thoroughly enjoyed my shot of espresso, too. 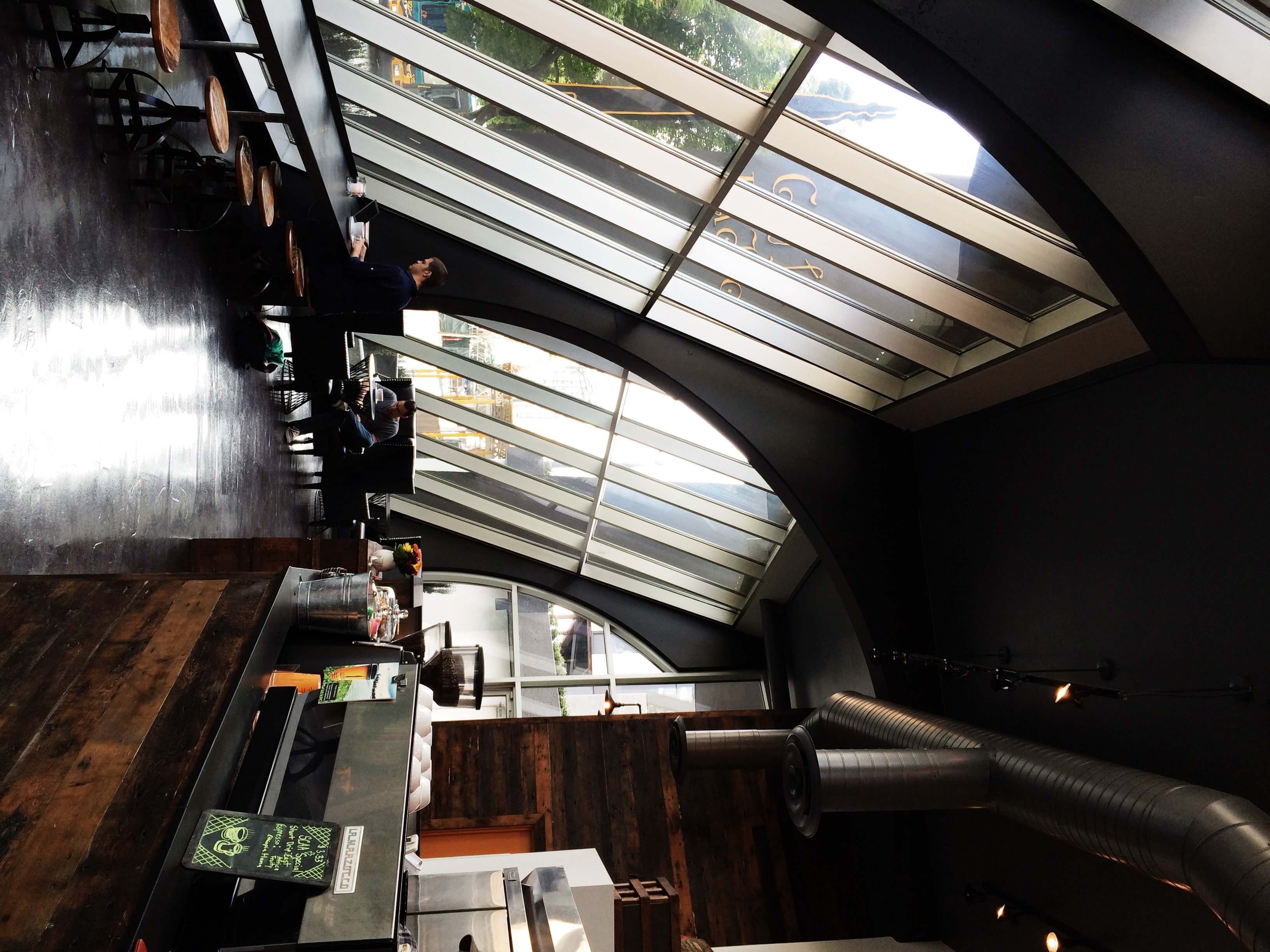 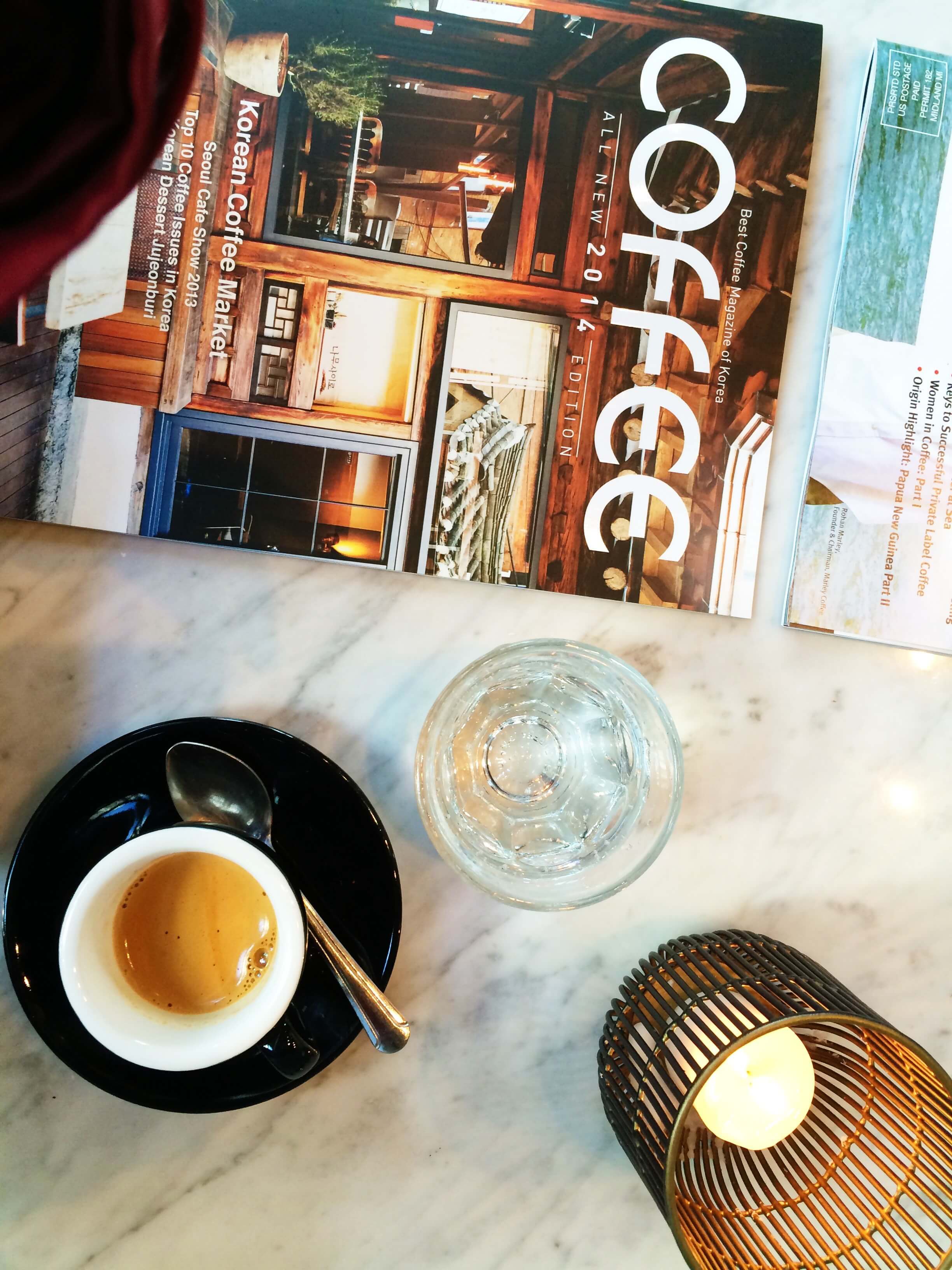 Oh, if I had all the money in the world, I’d eat here everyday. I started this vacation off right when I stopped in here for lunch. Luggage still with me, I found myself looking at boxes of oysters, still living under running water. I asked for one of each oyster, some geoduck, and three kinds of smoked salmon stacked on top of each other.[/full_width] 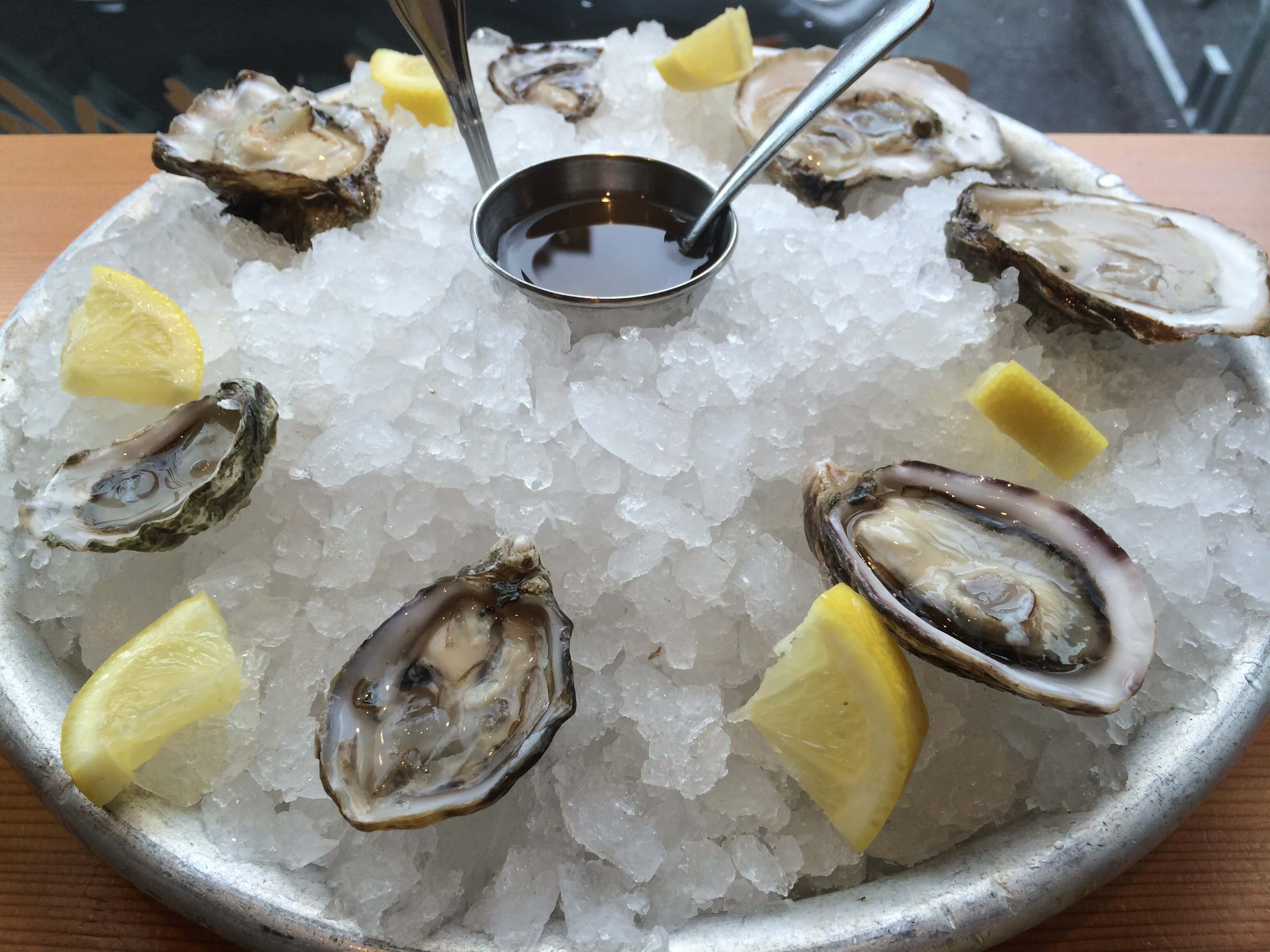 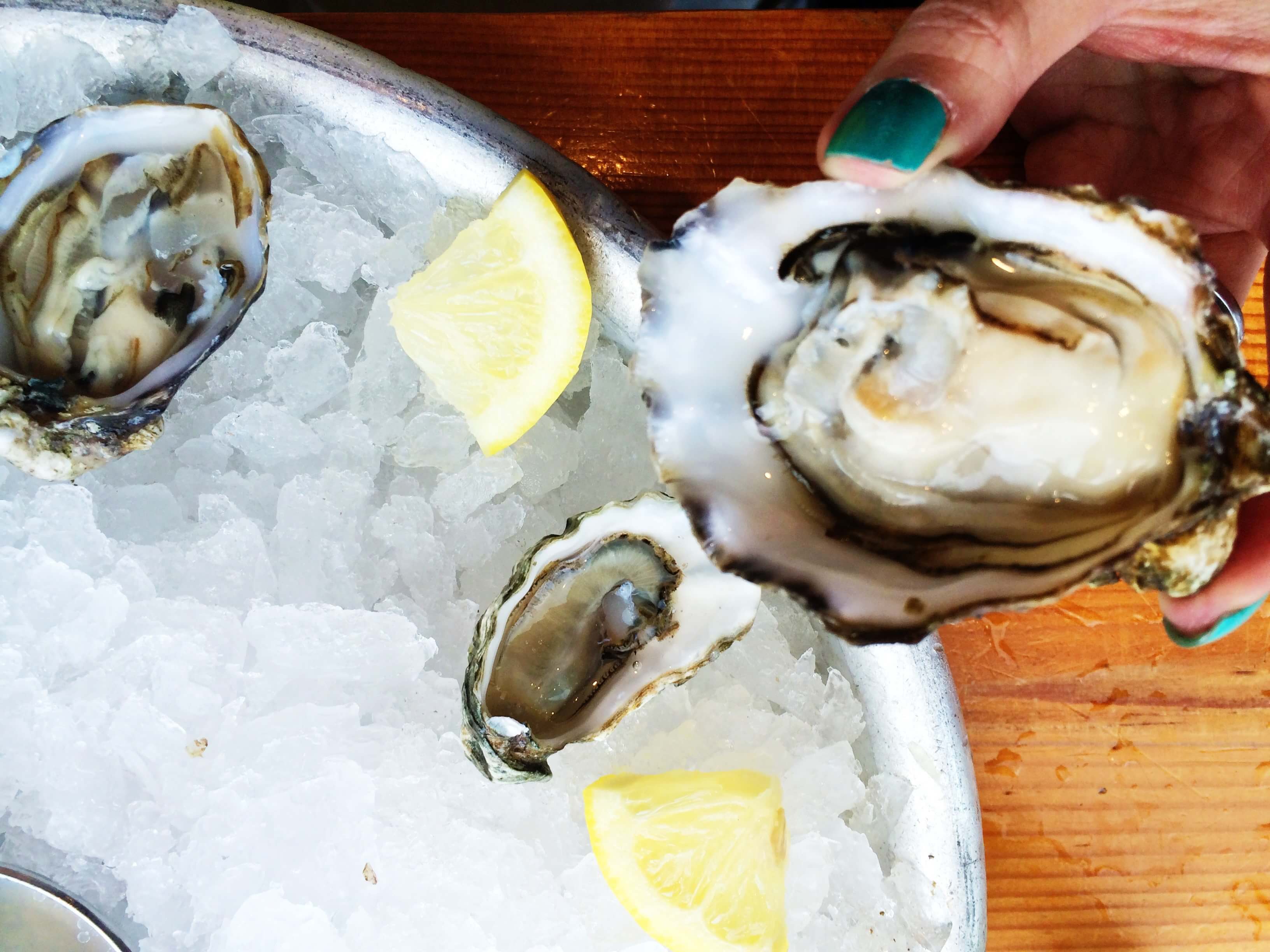 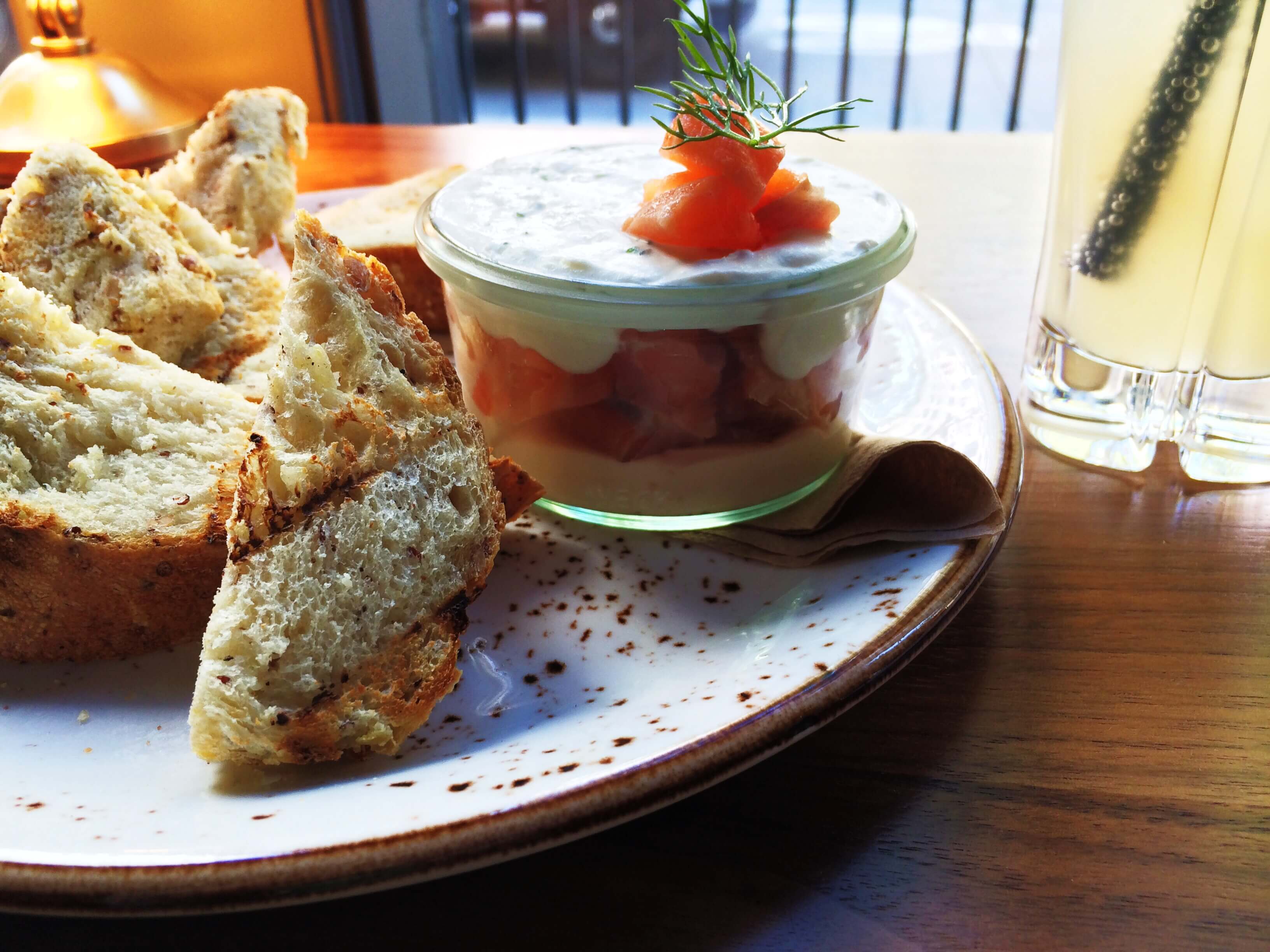 This was just a mere walk from Victrola so Stephen and I went to seek it out. I’d never had Herkimer before, so it was a new roaster for me to try. The cafe itself was small and didn’t have too many patrons. It was most certainly a neighborhood cafe that happened to sell coffee. Herkimer is not to my taste, but will appeal to those who appreciate what coffee was like three decades ago. 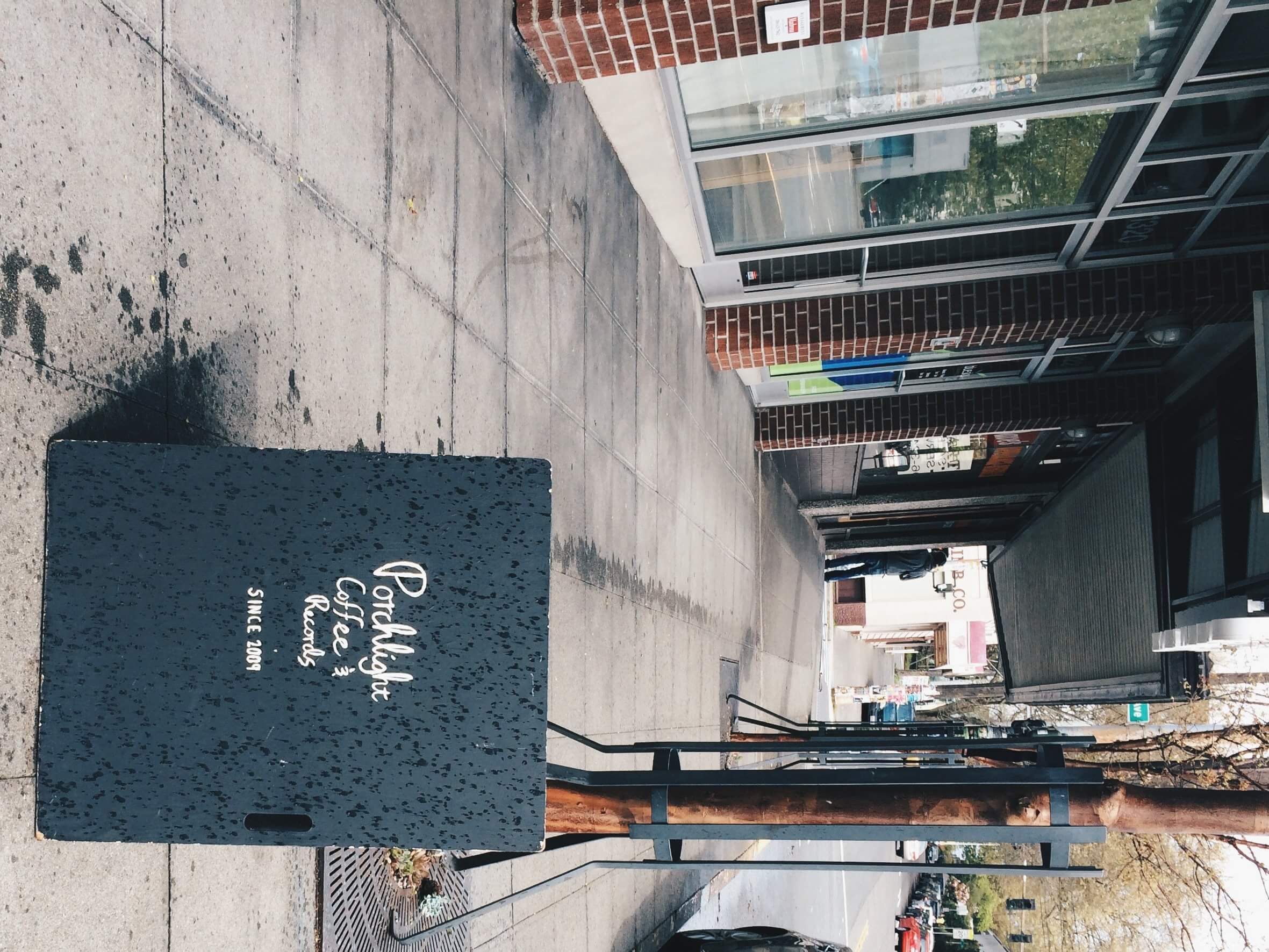 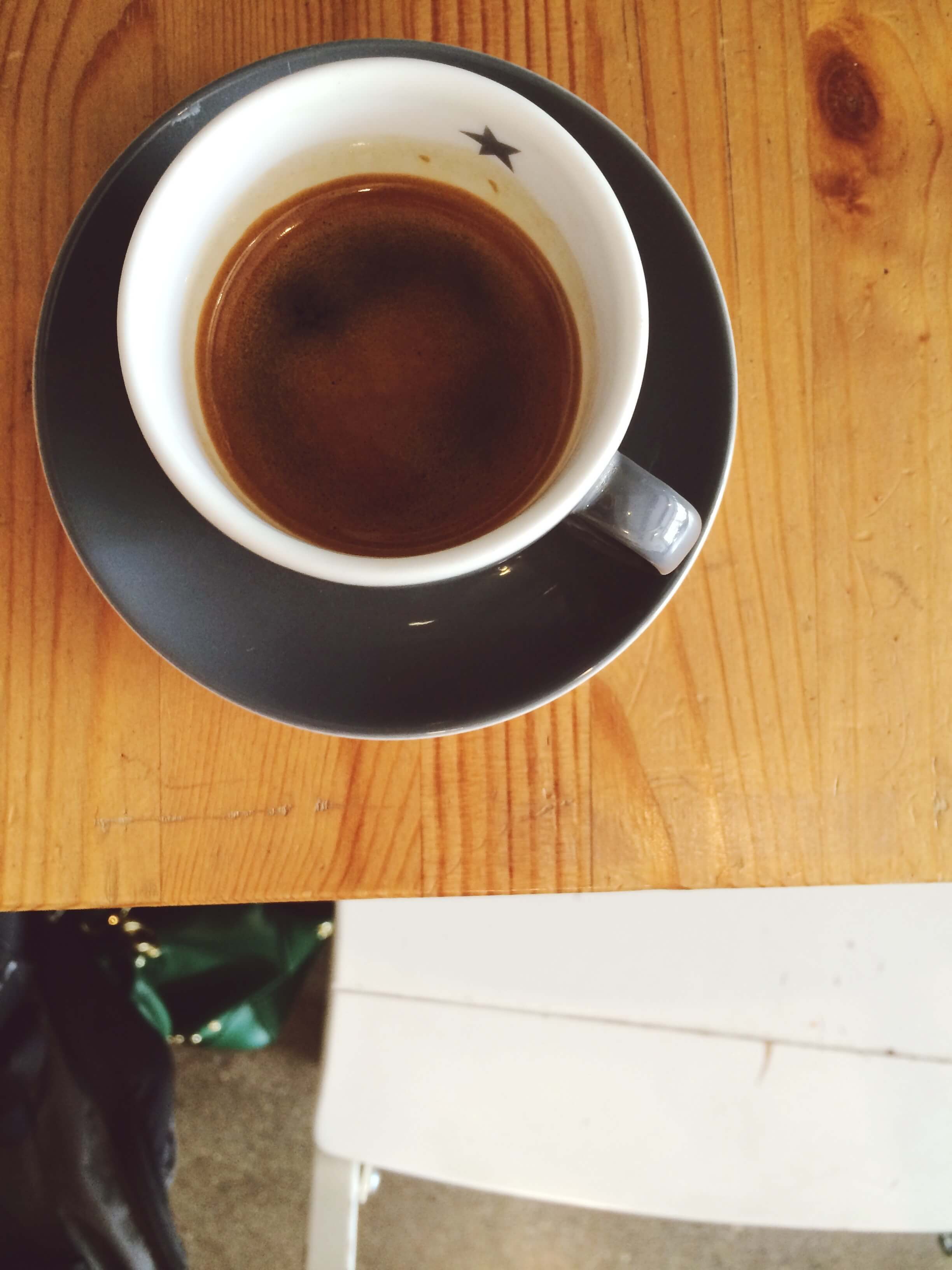 We hiked to this one. I don’t remember the name, just that I was sitting, a little too chilled, on the sidewalk and scarfing down a most delicious bowl. 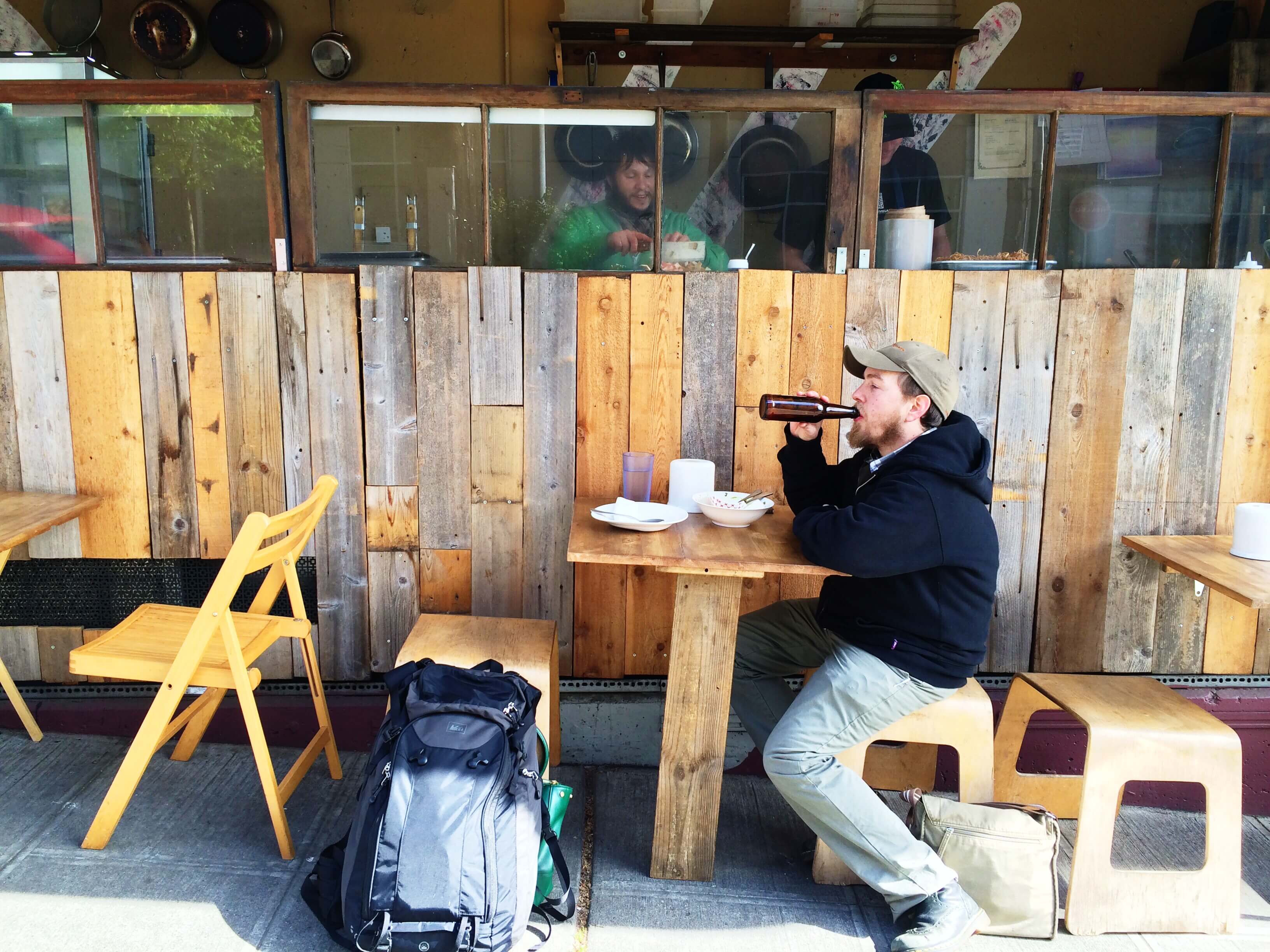 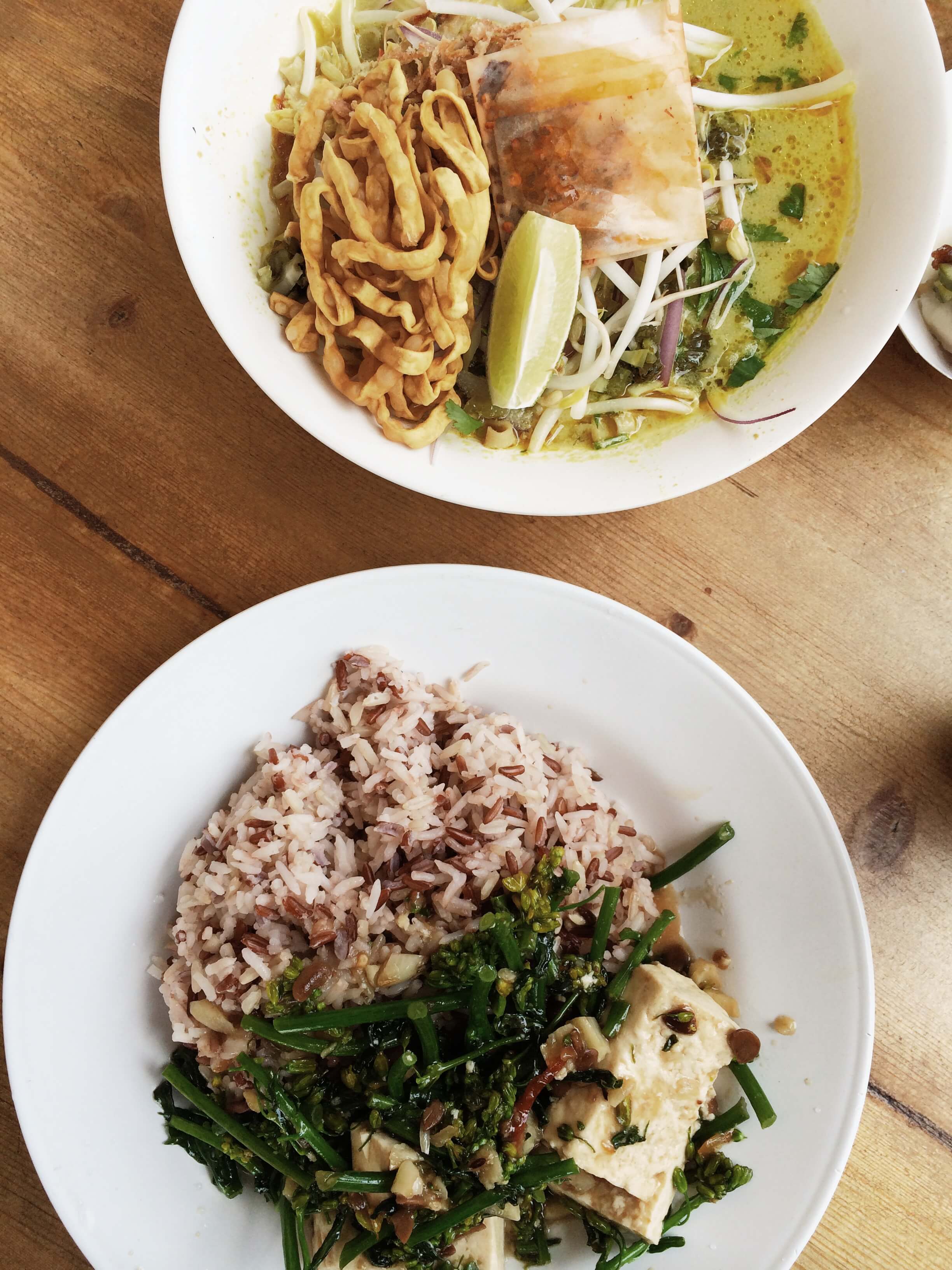 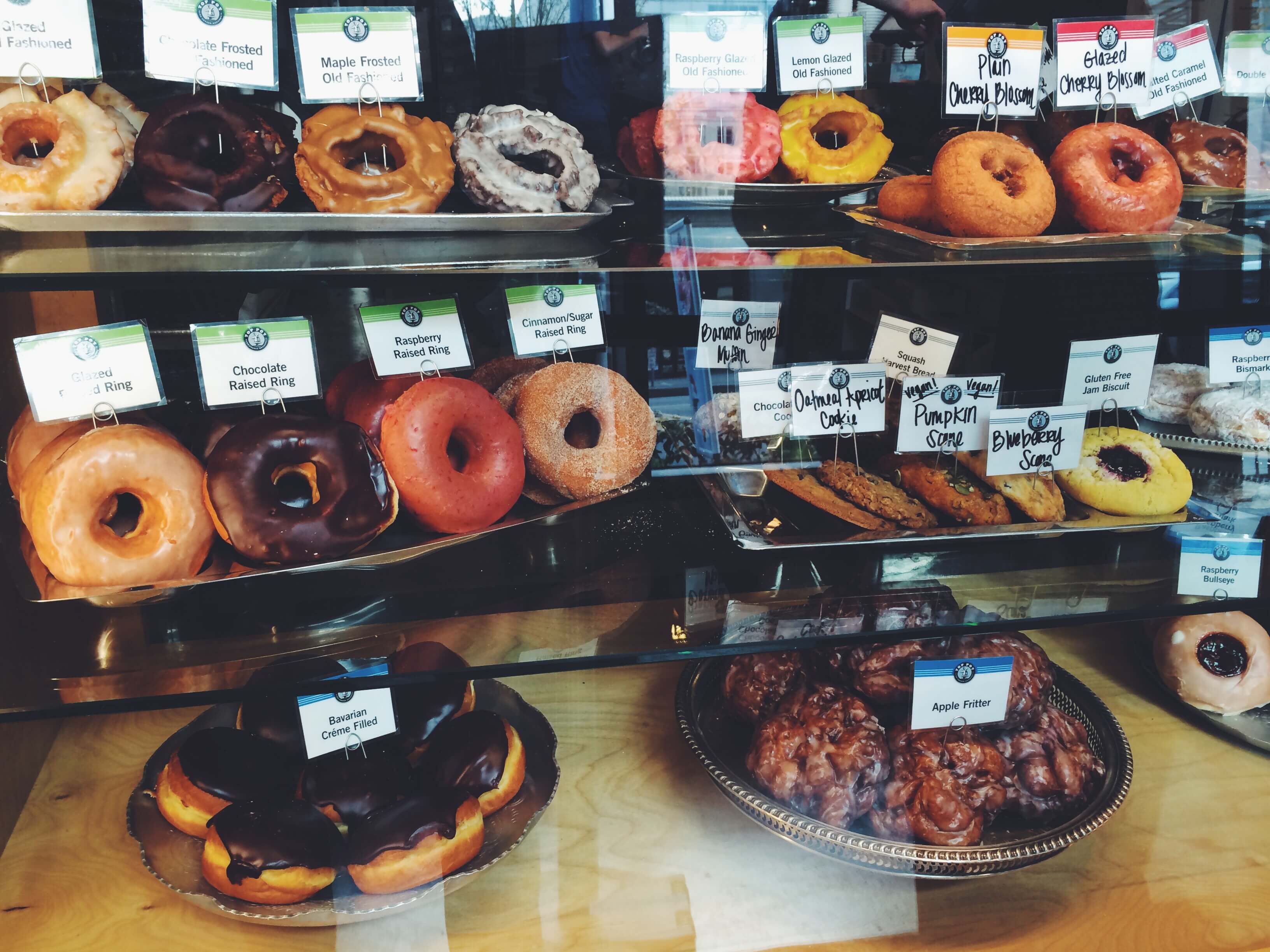 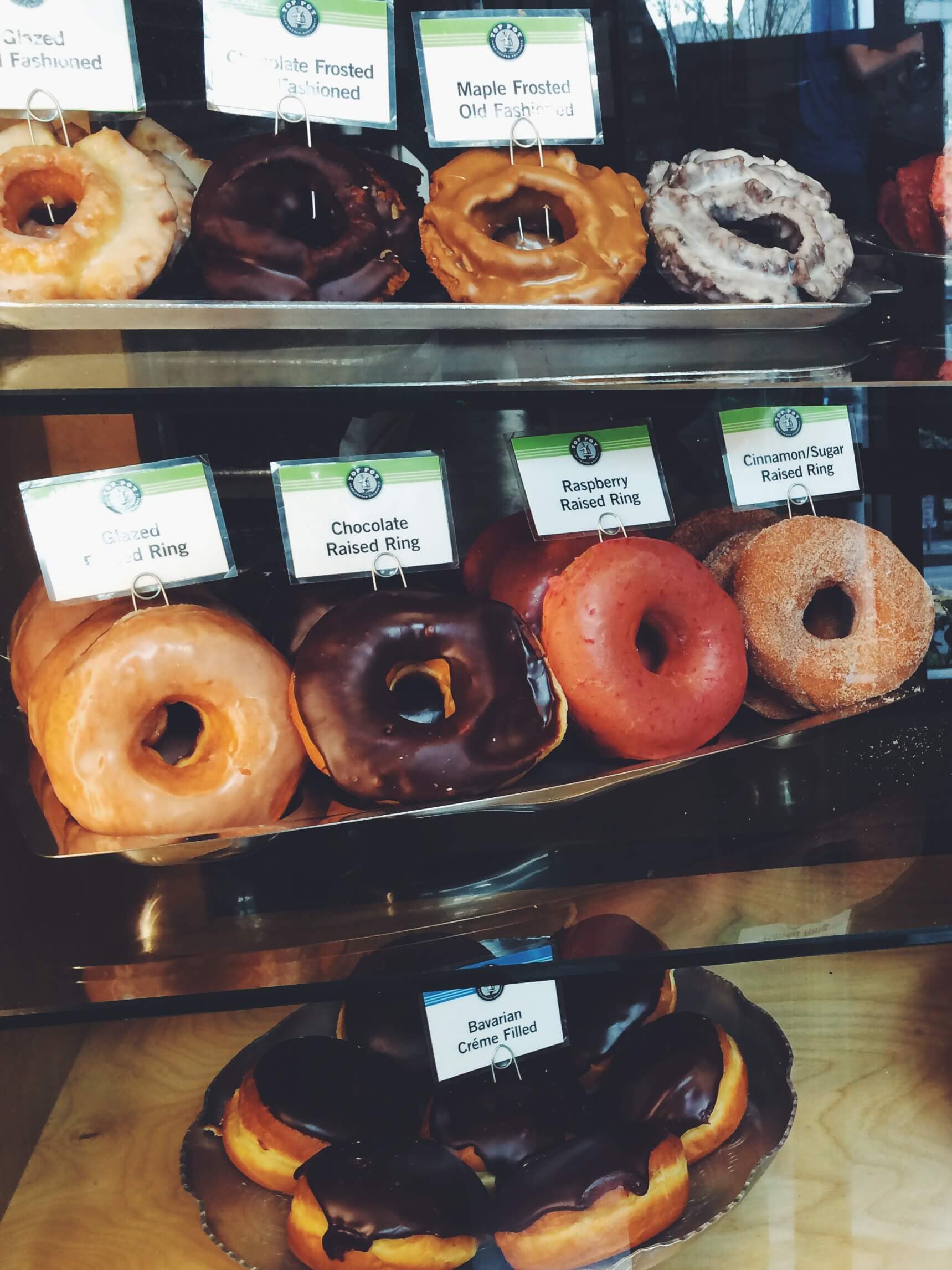 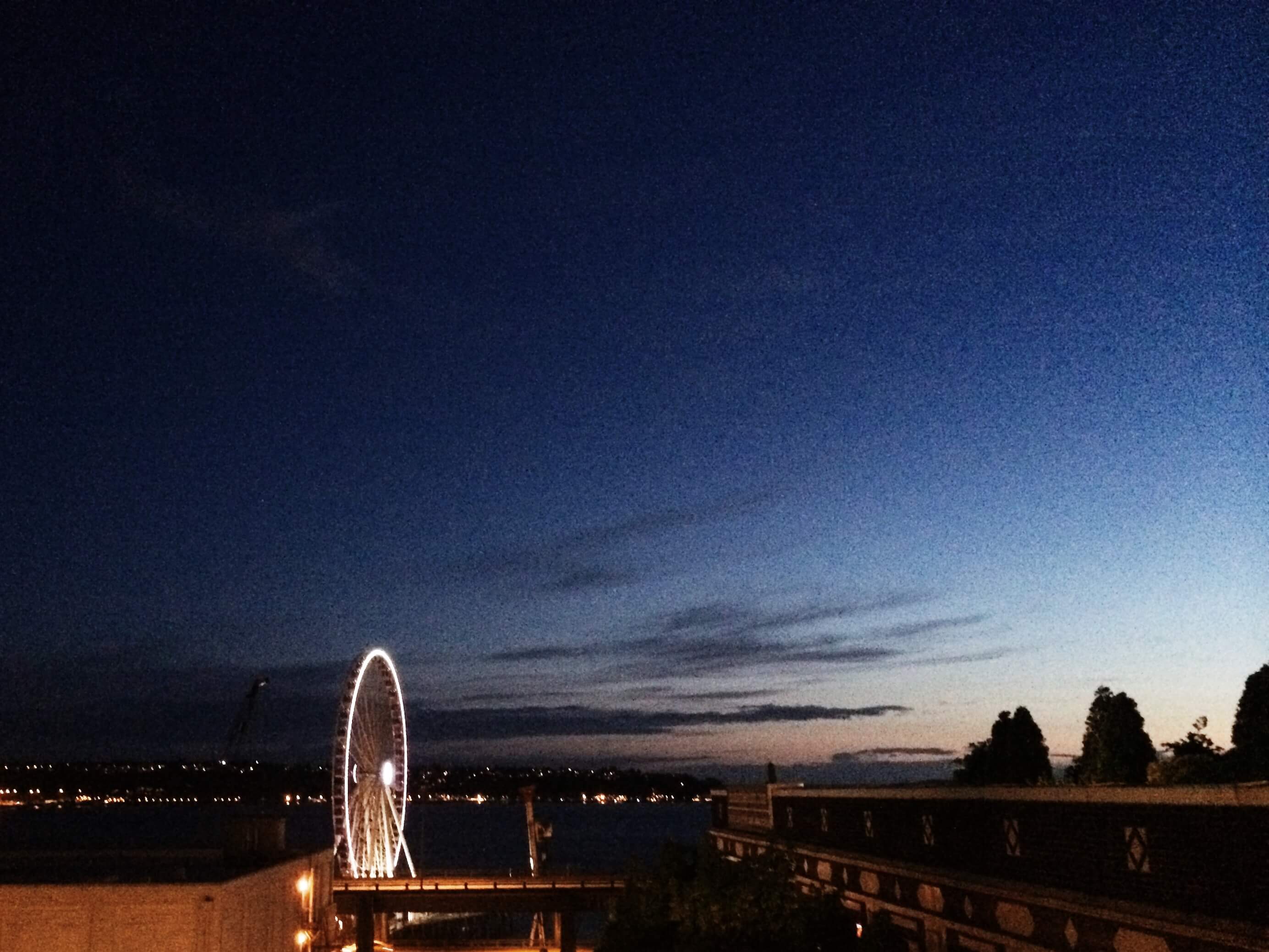