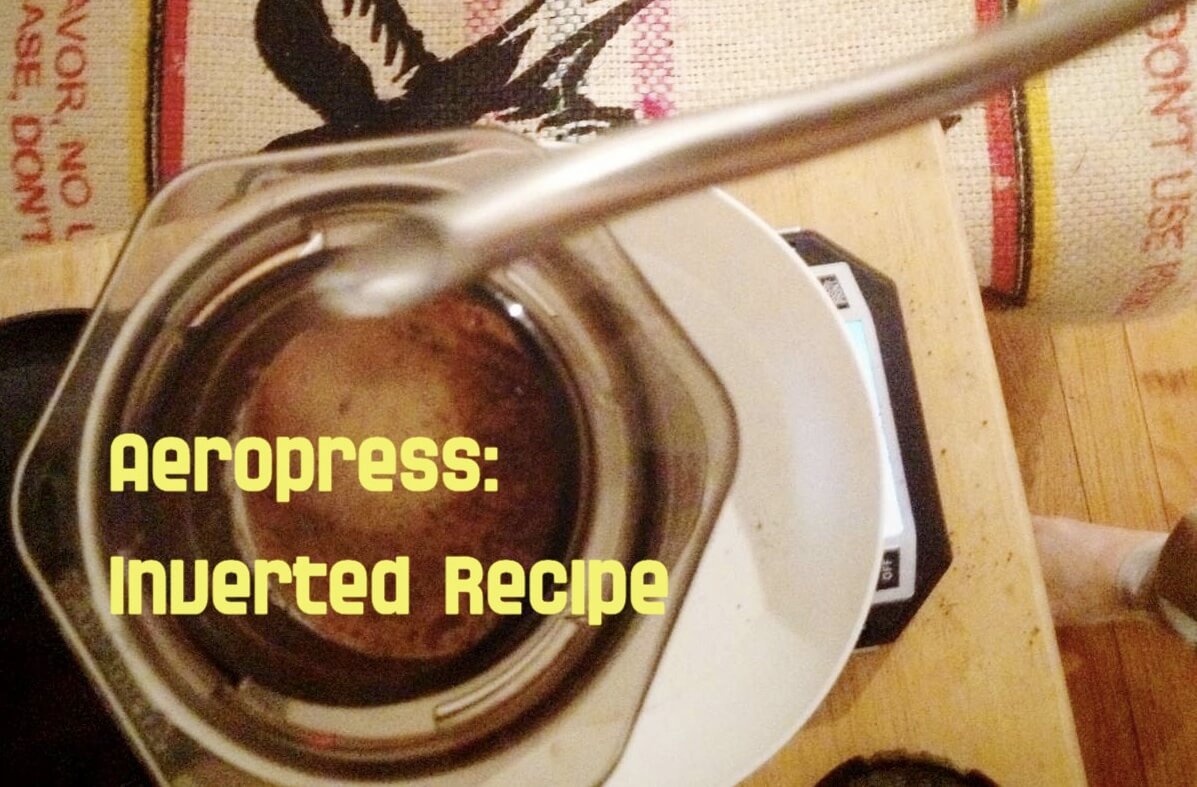 This past Thursday, Passion House Coffee Roasters hosted another brewdown in conjunction to their two-year anniversary party. Called the “Jokers Wild Brewdown,” competitors and judges went in without knowing the coffee involved or even what brew method would be used. For the event review, jump on past my Aeropress recipe.

So here we are, my winning recipe for an Aeropress (inverted). As always, I create recipes from someone’s existing recipe. In this case, I adapted from Brandon Weaver’s recipe.

To set up an inverted Aeropress: 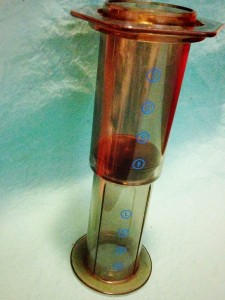 Set up Aeropress as if you were making it correctly. Flip upside down. Make sure you have filter cap end at the top (this is especially important if you’re making this when you’re half-asleep).

Warm the inside of your Aeropress and your brew container.

Take TWO paper filters, wet them on the inside of your filter cap. Set aside.

Grind a little finer than a V60. 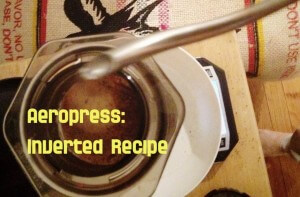 The party was a lot of fun. I wish there were more competitors and that I wasn’t the only female brewer. 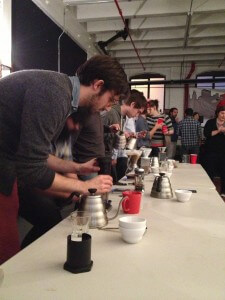 First round of competitors.

Available brew methods included the Aeropress, Chemex, French press, V60, and Kalita Wave. We drew cards at random for our brew device. If someone in the round drew the Joker, they were able to choose not only their own brew device, but everyone else’s brew device. In both the first and final round, someone chose the Aeropress for me. And to be honest, I would’ve chosen it for myself, too, because I’ve been practicing with it for the last two months. My first round’s brew was so tea-like and light that I was positive it wouldn’t even be considered for the next round. I adjusted the grind setting to produce a fuller body and more balanced cup. 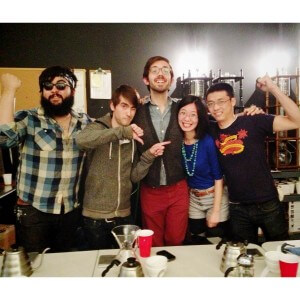 Finalists. We have a good time at these parties.

In the end, all competitors walked away with a Passion House mug, buttons, two handprinted Chemex cards, and a Yield Notes notebook. As the first-place winner, I also received the cash pot ($100) and a bag of Passion House coffee! This was my first time participating in a brewdown AND my first time winning any sort of coffee competition.

It was kind of exhilarating to win by skills alone and validated all the time I spent at home brewing ridiculous amounts of coffee. 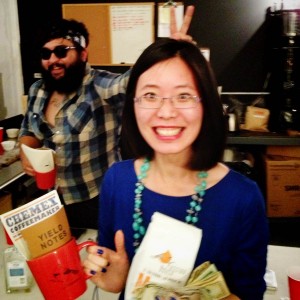 Me (with my unfortunate glasses), holding all my winnings.