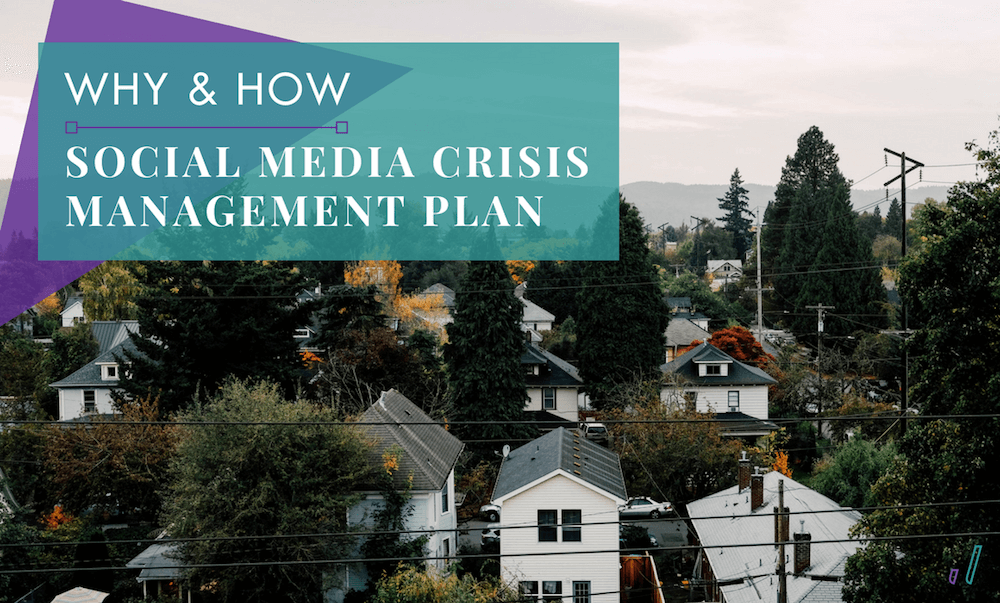 Despite your best attempts and intentions, something will go wrong for you on social media. A crisis management plan helps you get through the situation. It could be limited only to the digital sphere or it could be something spilling over from your physical store. In these instances, preparation is key and having a plan will help you know where to begin.

What is a Crisis Management Plan

It’s usually documented and in-line with the brand’s values and voice. For larger companies, they utilize a PR rep or agency to help them.

Why Do You Need a Plan?

By definition, a crisis is usually unplanned and unexpected. Your gut instinct of a response may differ from the company’s. One of the worst things you could do is be silent or pretend something didn’t happen. A plan helps you figure out how to address and respond to the situation.

What Constitutes a Social Media Crisis?

I tend to think of it as a spectrum. Your social media crisis spectrum may vary from mine or another company’s.

Here’s an example spectrum below. You’ll notice that there are a few things that could be moved around and maybe something that’s not even applicable to you. Some items, like Harvey Weinstein and using offensive language, calls company culture and vetting guidelines into question. 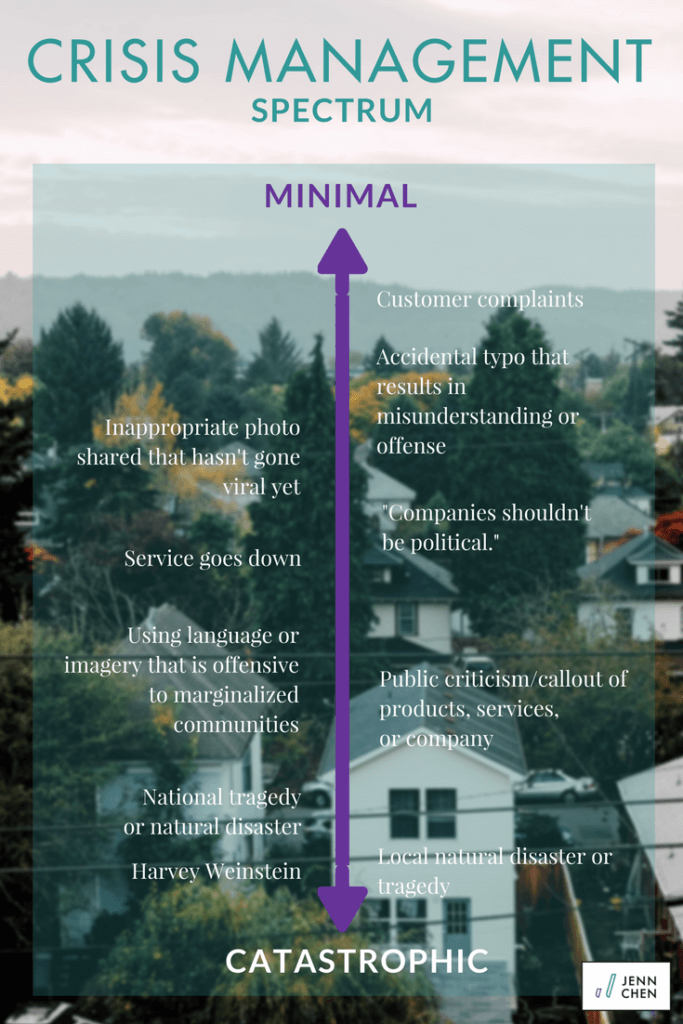 3 Steps to Setting Up Your Social Media Crisis Management Plan

If you need a good example of how to respond, check out Meltwater’s article on how brands should apologize. Remember, “We’re sorry if we offended anyone” is not an actual apology.

Each company is different but the general idea of not responding can make a situation worse. You could try waiting for something to blow over… or you can address it head-on and learn from your mistakes.

It took a while (and some have conflicting opinions on it), but Molekule eventually realized that their ad may not have been the best. Language and imagery were adjusted for San Francisco residents at the time of the Napa/Sonoma fires. They began responding and addressing concerns about donating their product to nearby evacuation shelters.

Slack went down for an hour yesterday and the Internet collectively remembered that they could talk to people in real life. It’s a crisis that wasn’t caused by the social media team, but it still fell on them to manage responses. Kudos to them for staying humorous through what had to be a stressful time.

We're sincerely sorry for the service disruption you're seeing at the moment. We're working on it with top priority: https://t.co/hlhV4ZiG7E

When a press release of a new Bodgea Beers drink said that it “will set you up with your choice of can nestled in a brown paper bag and topped with flavored salts and sauces,” one writer called out its appropriation. The company quickly responded and have since pulled it from the menu. An internal question that I assume the company is addressing is how this beer program concept even made it out of the ideas bin.

There is no one-size-fits-all plan. Internal and external forces can be in play and the reach of the crisis will influence how you respond. If only a few people were affected, personal apologies may be all that are needed. If there’s a national tragedy like a shooting that does not directly affect you as a business, you may still want to pause posts to avoid marketing while the nation is in grief.

What would you qualify as a crisis? Comment below!