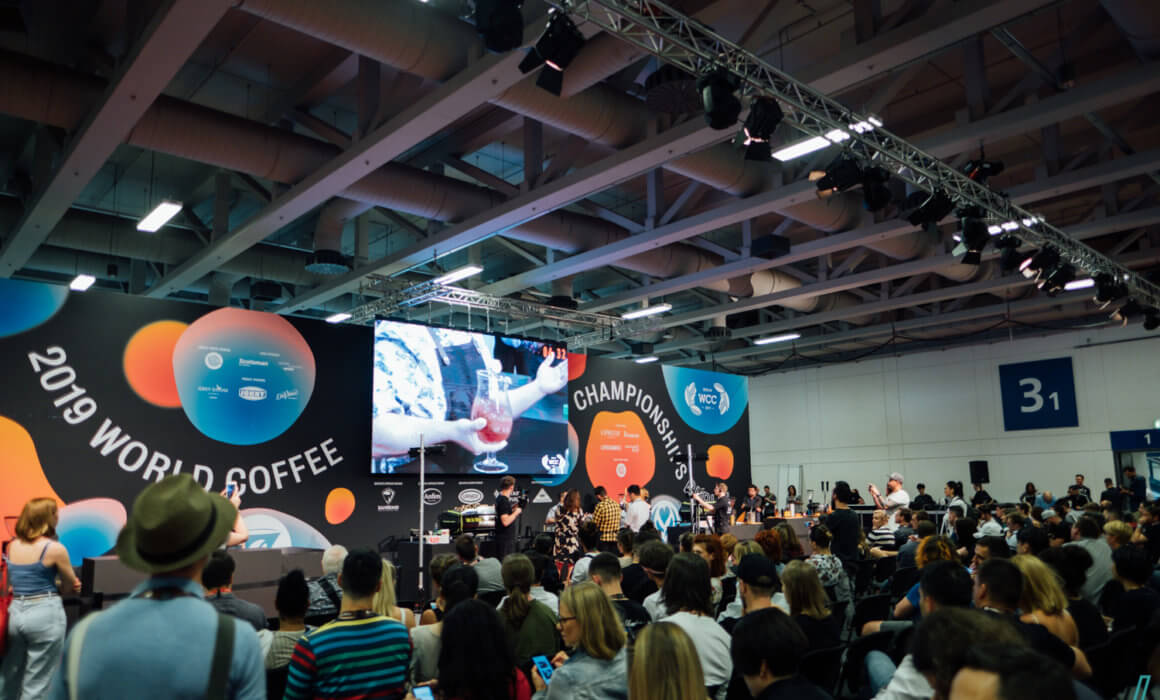 I am writing this from a patio at a Berlin airport. It’s the day after World of Coffee and I need a few days to process the event but my initial thoughts probably aren’t going to change. It was my first time fully attending WoC & I was also working in a booth the whole weekend. It basically felt like another Expo. Much like Expo, there were thousands of attendees but more prevalent was the mashup of so many different cultures.

There were multiple languages spoken at any given time. I think the trickiest part of this was navigating different concise communication tactics. In speaking with people whose first (or even second) language was not English, finding the best, simplest words to convey a technical topic was a trial in and of itself.

I spend a lot of time thinking about writing. How to best communicate something, how to make sure the best words are used, and how to avoid any mishaps. But in-person interactions and graphics and even personal presentation all combine together at a trade show in a most unique way.

Do you check your stand graphics to make sure they’re clear and concise? Are the images and videos so strong that the words aren’t needed? On the other hand, do you have pamphlets or small signs so that people can read/translate on their own without having to interact with you?

I’m all for less paper waste at shows but it was pretty clear to me when we would trade a certain smile that people would rather take a pamphlet before speaking to me. And I don’t blame them. If I were to attend a trade show where everyone spoke Spanish (I’m slowly learning it on Duolingo), I would never talk to someone at a table. My Spanish is so terrible that I can’t interact with anyone yet but I can translate it on my own later or find someone to help.

I saw a lot of pretty booths this weekend. I saw a lot of people from all over the world. It all made me think about how we talk to each other and how all of it gets perceived and interpreted. I’m certainly not an expert in international business communications but I do wonder if some of us with more power could be doing better and thinking more strategically in this area.