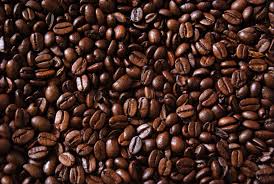 I’ve recently had the pleasure of imbibing in a fascinating coffee that has a very distinctive history. This particular coffee hails from Indonesia and is selectively chosen to become internally processed by a small mammal. The subsequent beans are then sold for hundreds of dollars per pound and carefully roasted to perfection.

Oh, what the heck. I’ll skip the bullshit. It’s cat poop. Kopi Luwak is the name of the coffee and the cherries are eaten by a cat-sized mammal, who then poops out the beans. And we drink the roasted beans.

Granted, the beans DO go through a several-hundred-degree roaster so all the bad stuff should be gone by then. But it doesn’t take away the fact that you’re drinking coffee that came from the questionable end of a cat. I think this is the one coffee that receives a lot of attention. It’s a novelty coffee, that’s why it sells for so much.

The one I tried was brought in by a customer who had received it as a Christmas gift (expensive gift, right?) and wanted to share with us. Roasted by someone in San Antonio, I would say first off, that it was overroasted. Much of the flavor was covered by a dark, BBQ taste. But what I could taste of it, I didn’t really like. Maybe I was biased, but it pretty much tasted like what it is. It was earthy (and not in a springy, rich way), dark, and well… poop-ish.

So my one encounter with this expensive cat poop coffee that I’ll probably never have again wasn’t too hot. But I get to say that I’ve tried it now. Makes for a good story.