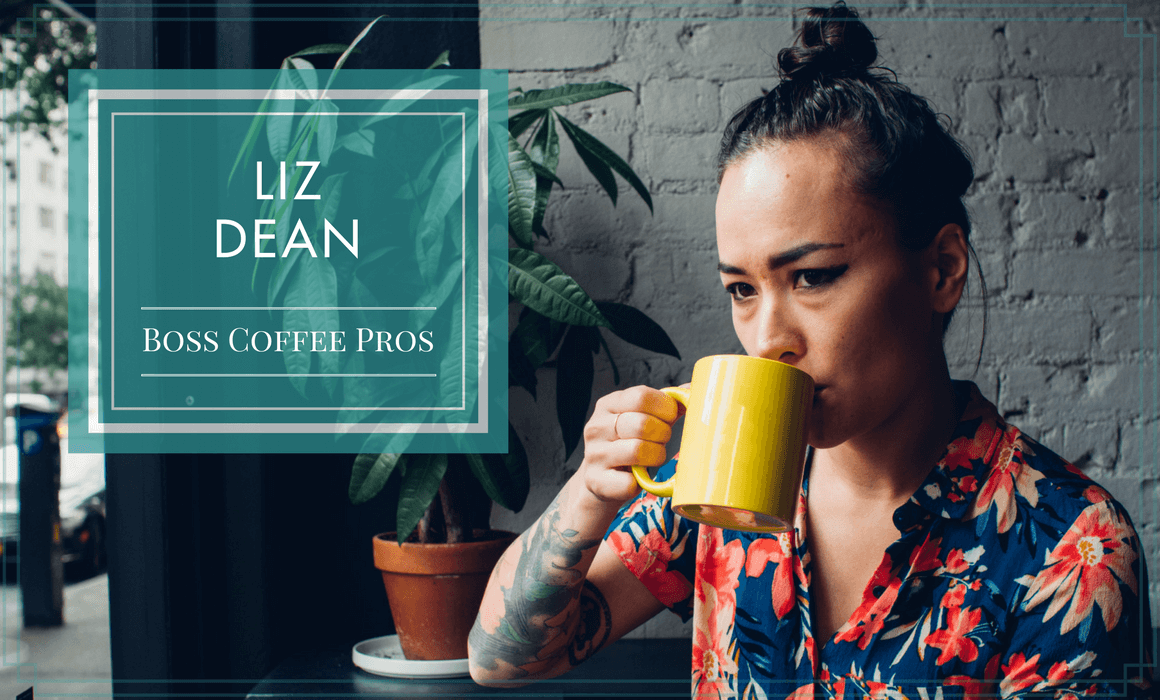 I first met Liz in real life last October while I was in New York for Tamper Tantrum. Since then, I’ve watched her be elected to the BGA Executive Council, write about HR in Barista Magazine, and staunchly shout from virtual rooftops about injustices happening in the industry and beyond.

She’s a leader in the New York coffee industry and the industry at large. I admire her ability to challenge everyone to be better and do better (me included). Her current position is the Regional Manager at The Wing, a new multi-location, multi-purpose space for women by women. The work is a departure from what we picture as “working in the coffee industry.” However, I’d argue that cafes existing in and with non-coffee industries is how coffee will evolve. Liz brings this point up later in the interview.

Parts of the interview have been edited for clarity. 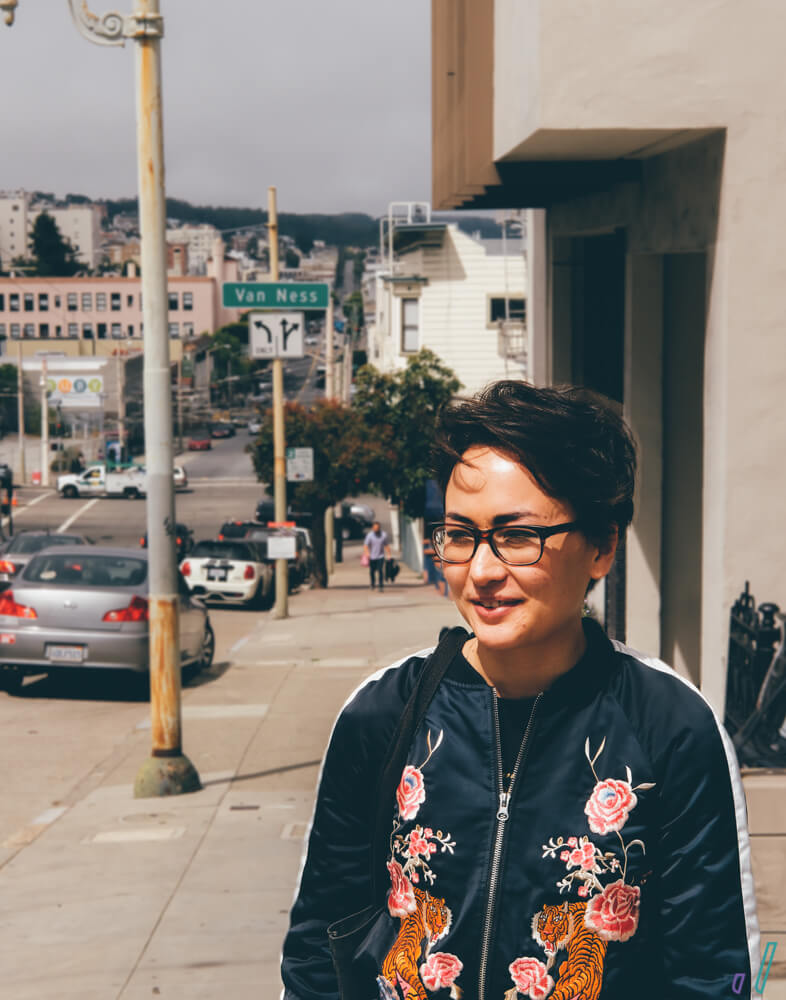 What do you find to be the most challenging at your job?

Liz Dean: I work for a rapidly growing business. I joined the team when we only had one location, helped open a second, and am now gearing up to open two more. The biggest challenge for my job is trying to build internal systems of support and organization for long-term sustainability while also adding in and constantly adapting to new information, problems, issues, etc. that come up every day.

A big part of my job is overseeing the general managers and all of the part-time staff who work in our spaces, but for me, that really means taking care of them and making sure they have what they need every day to feel successful at their jobs. To me a big function of being a leader or a boss is [being able] to take care of your people. I take a great deal of responsibility for advocating for my staff, looking out for them, motivating them, and supporting them.

But, to that end, a good manager is also someone who holds people accountable to clear and consistent expectations. I think for most people that’s the hardest part of being a manager: too often I think people are too nice and let people get away with not abiding by certain rules or policies. There is definitely a fine line to walk where you can be kind and fair but also able to hold folks accountable, but that work is always on the manager.

That’s the other challenge: a lot of people want the power of being a manager or a leader, but they don’t want the responsibility and accountability that comes with it. 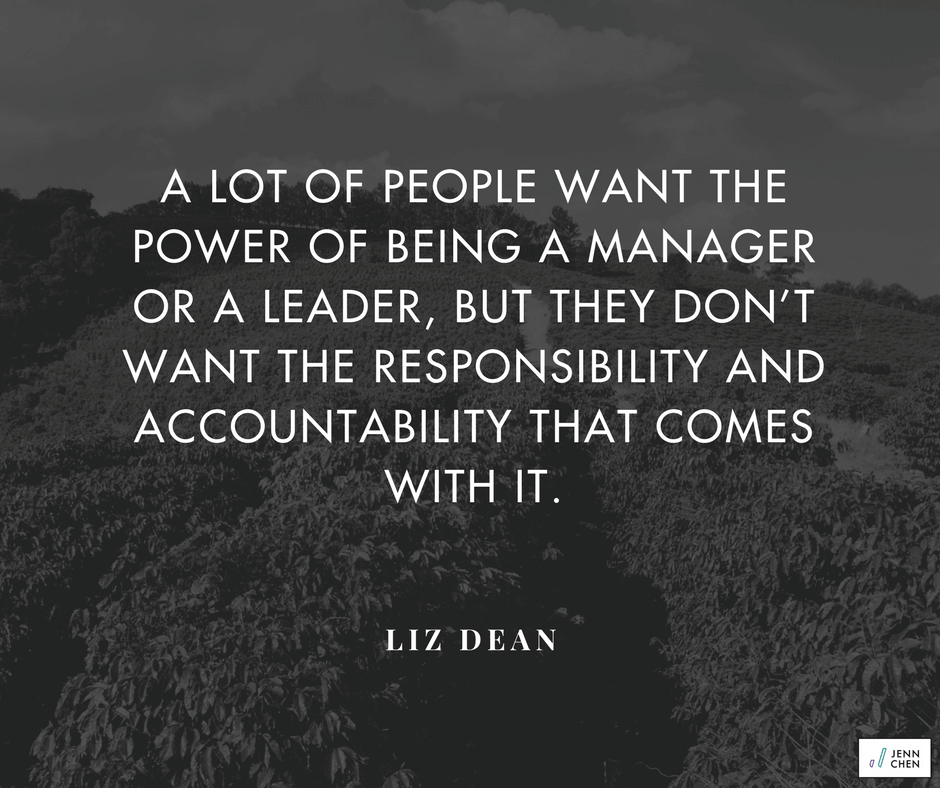 Thinking about the specialty coffee industry- what do you find to be the most pressing topic that needs to be given more attention?

LD: Big picture – I think it’s probably climate change. That is something that will have a tremendous impact on our industry in a way that will trickle down to what I do, as I’m at the end of the coffee supply chain.

And then, I think, somewhat relatedly – inequality. And this is for all parts of the chain. There are disparities from origin to barista as far as how people are treated and compensated and what they have access to. It’s no coincidence that a lot of the folks at the top – those who make the most money and hold the most power – are white men. 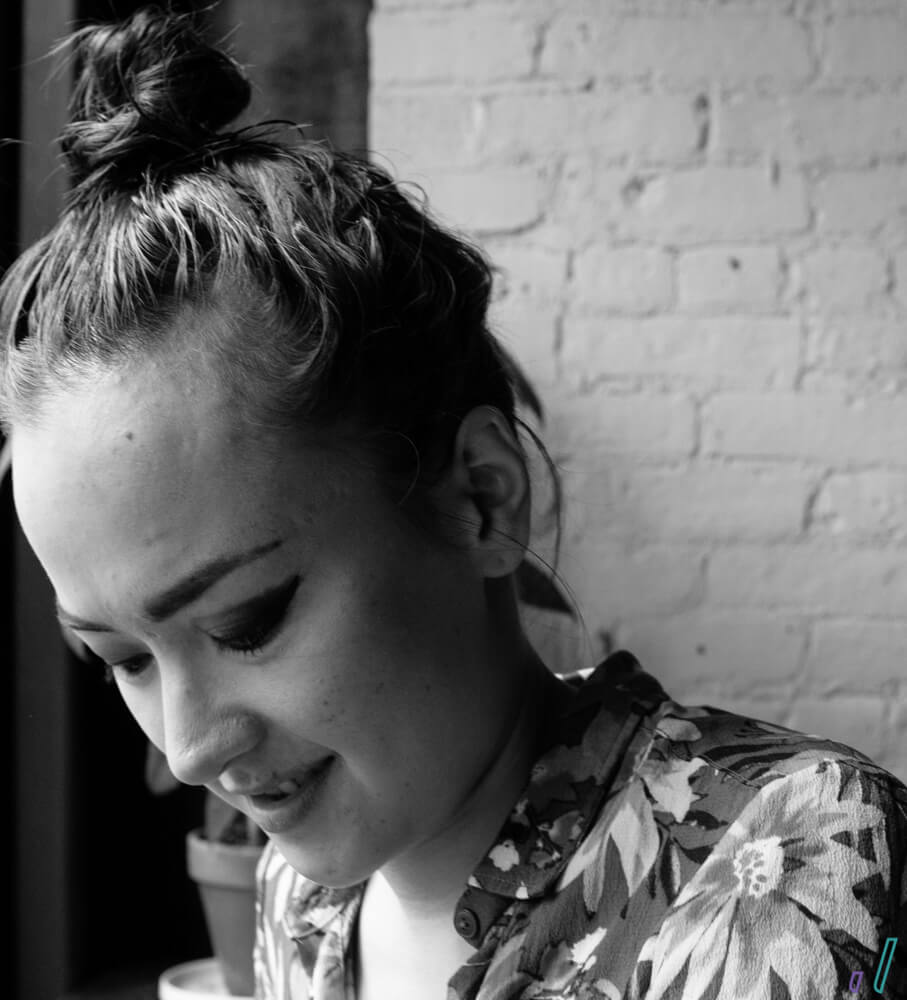 What advice would you give yourself from five years ago? What resources do you wish you had?

LD: Somewhat relatedly to that last point (and because this has just been such a huge focal point of recent conversations I’ve been a part of) having human resources in place! I cannot believe how few companies out there have any kind of structure in place to handle compliance with labor laws or mediating staff conflicts or tackling harassment. It’s scary. A lot of the folks who make up our industry, at least on the retail level, are quite young. There are so many ways that employees can be exploited if they don’t know what to look for, and sometimes it’s unintentional – sometimes it’s just because nobody was aware of what the laws are. This can cause huge problems and be ruinous both for companies and careers.

So far I’m really happy with the trajectory my career has followed over the past five years. Any mistakes I’ve made were probably a necessary part of getting where I am today. Sometimes learning the hard way is really the only way. I’m a big believer in that.
More and more I find myself telling people: make sure you have things, like job responsibilities and expectations, pay, etc. in writing! This industry is small and feels so familial at times, but at the end of the day, it’s also a business. And you never really know who you can trust. That sounds super cynical, but honestly, that is a lesson you don’t want to learn the hard way! 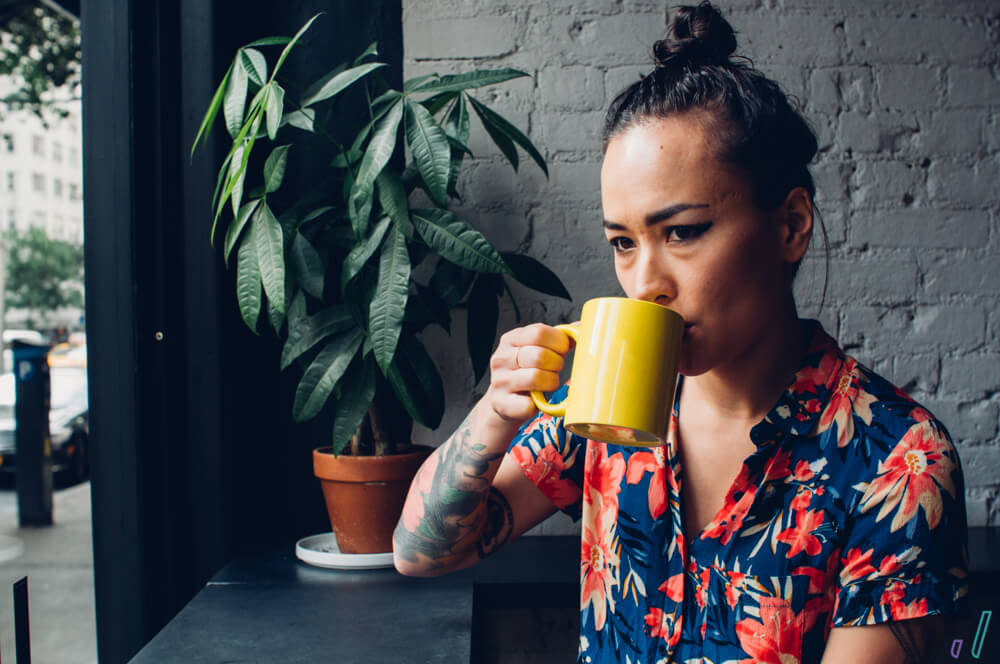 What did you do before coffee and how did you make the transition?

LD: I moved to New York originally to be a teacher in the NYC public schools, via Teach for America. I loved teaching but the school system itself was a big mess, and I was faced with issues that were way beyond the scope of what I was prepared to deal with. I had students who struggled with gang violence, homelessness, police brutality, etc. My school was terribly run and I was given classes of 35 students – some of whom had special needs – on subjects I had no experience or background in teaching (art, sex ed, etc.). I had very little support or help. It was a hard decision to leave because I felt like I was abandoning my students and abandoning a commitment to help them. But I was so anxious and depressed all of the time, to the point where it was scary, that I also realized I couldn’t be a very effective teacher that way. When I left I decided to do a reset and find something relatively low-key and easy to do while I figured out what I wanted to do next with my life. So I became a dog walker, which I loved, but I didn’t make much money, so I ended up becoming a barista.

I didn’t expect to do that long-term, but I ended up really loving both the actual day-to-day work of being a barista as well as the opportunity to use the setting of a cafe to create and cultivate a social hub for both staff and customers alike. I’ve always been really into the sociological concept of the “third place” (maybe because I studied sociology!) and the function of a cafe within that concept, and it has been a huge guiding principle in my vision of working in service and hospitality. Through this process, I’ve also come to realize that I have a real knack for leadership and management, and so my role and career within the coffee industry has evolved so that I can embrace, develop, and own that.

This has not come without its own sets of challenges. Being a leader is hard, and my particular vision of leadership has at times put me at odds with those who prioritize the needs of their business over the needs of their people which has led me to make some very challenging career decisions. I am lucky that I’ve found myself in a place now where my particular brand of leadership is valued. I guess technically that meant another transition out of the coffee industry (at least in the strict sense; I very much still oversee cafe operations though!). To some extent, I could argue that that move actually is part and parcel of some of the changes happening within the coffee industry at large, as the specialty coffee market and its competing interests grow – but that’s probably a whole other interview! 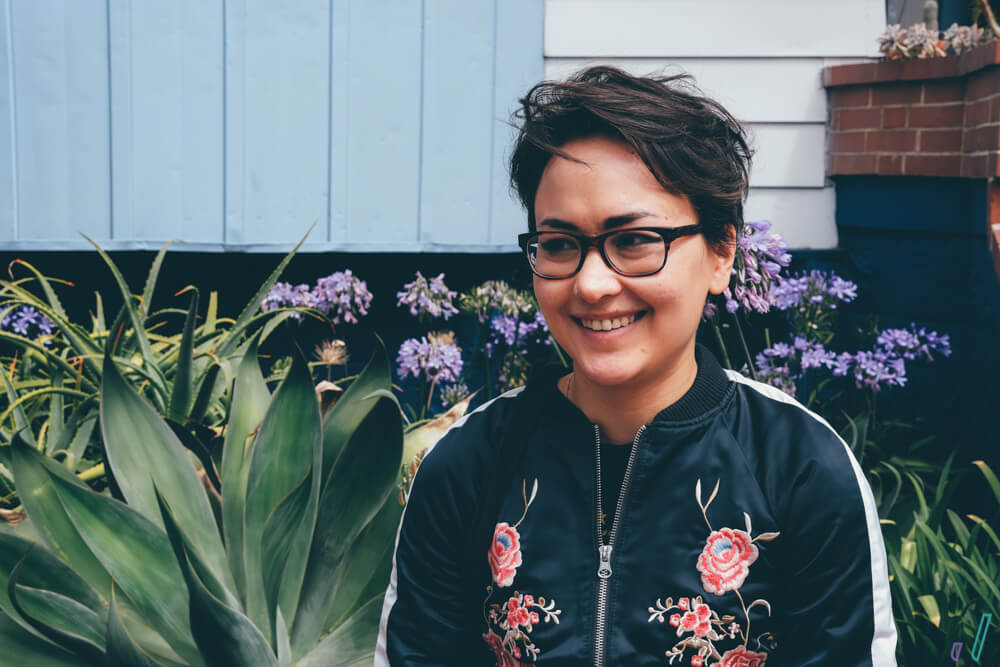 Tell me about a non-coffee hobby that you’re into.

LD: I’ve been riding horses since I was six years old. Also, I do yoga almost every day!

Thanks, Liz, for taking the time to respond to questions and sit for two different photo sessions!

For more from Liz Dean, you can find her on Twitter @lizsdean.

–
“Boss Coffee Pros” is a portrait/interview series where I share the stories of inspirational people in the specialty coffee industry. You can follow along on Instagram with the hashtag # BossCoffeePros. The ultimate goal is to shine a light on a more diverse set of leaders, innovators, and pros who are getting shit done in their work and life.

This was originally a series of “Boss Ladies of Coffee” and I’ve since decided to expand it to include queer, gender-nonconforming, and/or people of color.